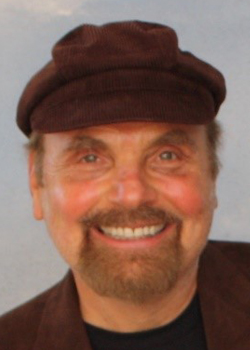 ARTHUR KANEGIS is President of Future WAVE, Inc., a nonprofit organization dedicated to shifting our culture of violence to a culture of peace.

He is the Director/Producer of “The World Is My Country” about the amazing adventures of World Citizen # 1 Garry Davis.

Prior to producing the feature-length documentary, he produced the award-winning short film on the same subject:  “One! The Garry Davis Story” and wrote an award-winning screenplay for a narrative feature as well.

Before that Kanegis produced “War Without Winners” narrated by Paul Newman and filmed by Haskell Wexler – a compelling TV documentary on the nuclear war issue.

For the 1983 ABC TV special “The Day After” Kanegis researched nuclear war bomb-damage effects different distances from the epi-center so the production crew could accurately design the sets.  He also produced a PSA with Paul Newman that ABC affiliates ran immediately after the show.   The show had the largest TV audience of any made-for-TV ever — over 100 million in the US and over 200 million in Soviet Union.   Ronald Reagan credits it with convincing him that nuclear war was unwinnable, leading to his negotiating and signing arms-limitation agreements with the Soviet Union.

Arthur started his career with the American Friend’s Service Committee where he co-produced “The Automated Airwar’  “The Post-War War”  and other materials that were effectively used in the movement to end the Vietnam War.

Arthur has also been a radio host, journalist and visionary writer —  on a lifelong mission to use the power of film to help inspire the world toward a peaceful and positive future.