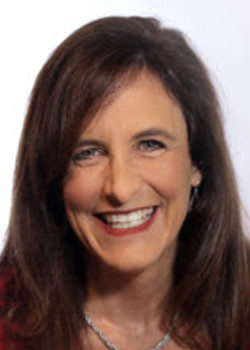 Ashlie Bryant Co-Founder, CEO and President of 3Strands Global Foundation Ashlie Bryant is the co-founder, President and CEO of 3Strands Global Foundation. As a leading anti-trafficking advocate, she has been dedicated to combating human trafficking for almost 10 years. Ms. Bryant began her journey to combat human trafficking when a friend’s 17-year old daughter was taken from a grocery store in her sleepy Sacramento suburb. She was appalled that the crime of human trafficking occurred not only around the world, but also right in her own backyard. Inspired to act, she and others founded the nonprofit to mobilize communities through prevention education and reintegration. In 2011 Ms. Bryant was instrumental in creating and overseeing a human trafficking education program designed to educate students at the middle school, high school and university levels. 3Strands’ program has educated more than 60,000 students about human trafficking. In 2015, she developed a statewide education initiative called PROTECT, PRevention Organized To Educate Children on Trafficking, with two nonprofit partners; Frederick Douglass Family Initiatives and Love Never Fails. The PROTECT collaborative also included survivor leaders, teachers, students, the CA Department of Education, The Institute for Social Research and the Office of the CA Attorney General. This prevention education program is rolling out to over 36 California counties including some counties in the state of Utah and North Carolina. PROTECT is a trauma-informed, systematic and scalable training and curriculum that was designed to increase the reduce the vulnerability and increase the protective factors of our youth. With prevention as a missional focus, last year, Bryant led AB1227 (Bonta) through the CA Legislature, which the Governor Brown signed into law. Bryant has also expanded the 3Strands Global’s reintegration programs to include domestic opportunities. The goal is to reintegrate survivors or those at risk for trafficking into sustainable jobs. Survivors have shared that once they have been recovered, having a job is key to their empowerment and success. To date, 3Strands Global has served 118 youth through the Employ + Empower program in greater Sacramento and looks to expand that model to other major cities in the United States. In addition to overseeing the nonprofit and staff at 3Strands Global, Ms. Bryant’s efforts include keynote speaking, working closely with federal, state and local governments, legislative authorship, collaborating with other antitrafficking organizations, developing corporate and government partnerships, and engaging communities to do something to combat human trafficking. Bryant has also been awarded a resolution by the CA State Senate and CA Assembly as well as a graduate of Stanford’s Non-Profit leader’s Executive Program she sits on the CA State CSEC Action team and is an FBI Citizen’s Academy graduate. Ms. Bryant was also chosen as the Philanthropic Leader of 2017 by the Russian American Community and recently won the Social Venture Partners-Fast Pitch of 2018.