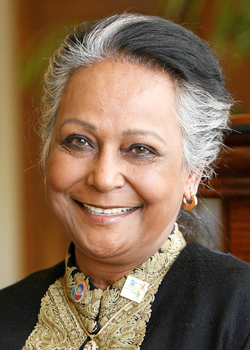 Deepa Biswas, residing in Solvang, CA, is a naturalized citizen of the United States, was born and brought up in Calcutta, India where she obtained her primary (under the stewardship of Mother Teresa, who was her teacher), secondary and undergraduate educations in Calcutta and graduate degrees in the US. Prior to her entrepreneurial endeavors in the energy sector, Rotarian Willingham served as the Administrative Director of Ancillary Services in the hospital industry.

Deepa is an active Rotarian and served as the District Governor for Rotary District 5240 in 2010-2011. She is the Past President of the Rotary Club of Santa Ynez Valley, being named the Rotarian-of-the-Year during her year as President and has been the winner of many humanitarian awards including the winner of Santa Barbara’s ‘Gutsy Gals You Inspire Me Award’ in 2013; one of the “Women of Action” Honoree at the White House in 2014; Time Now – Global Amazing Indian awardee from the Times of India in 2015; and one of three Inspiring Women of Action at World Bank’s celebration of International Women’s Day in Washington DC, 2016.

She is an ardent believer of the principles of Rotary and therefore, actively participates in recruitment and retention of Rotary members. During her year as Club President, she added 12 new members to her club, she chartered a new club and she helped her daughter establish a community-based Rotaract Club in Santa Barbara.

PDG Deepa believes that PEACE is not just the absence of war. It is for us to actively create a lack of poverty, injustice, non-human environment and hopelessness for our fellow citizens. Thus, in her dream to create peace, she founded PACE Universal – www.paceuniversal.org, an US not-for-profit organization spearheading programs that are eradicating poverty, injustice, non-human environment/condition including trafficking through the education of girls and women, providing adult education/vocational training/micro-loans and upgrading the living conditions through holistic village rehabilitation. It is her aspiration to make the first PACE Learning Center be a model for duplication around the world on our pathway to peace.