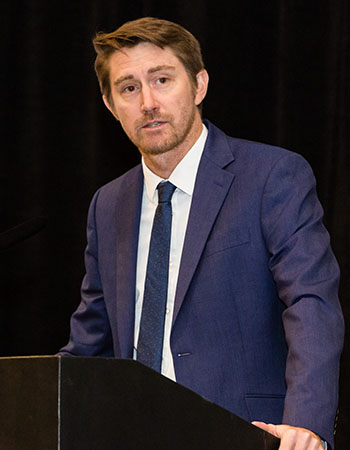 Derran Moss was a member of the inaugural Rotary World Peace Fellowship class in 2002, completing a MA in Political Science at UNC in 2004. He worked as a teacher, lawyer and political advisor in Australia before joining the UN peacekeeping mission in Timor Leste in 2011 as a legal advisor. He spent 2013 and the beginning of 2014 working in Afghanistan as a political advisor in the north of the country with UN peacekeeping mission, before moving to New York with the UN to work with the Department of Peacekeeping Operations and the Department of Political Affairs. In 2016, Derran started work with the UN’s Office for the Coordination of Humanitarian Affairs, currently focused on humanitarian operations in Myanmar and Bangladesh, and spent four months in 2018-2019 heading up the Sittwe office in Rakhine state. A writer in his spare time, in 2015 Derran’s first play, “Re:Late/Able”, was selected as part of the New York International Fringe Festival, and his second show “The Co-Operatives” again sold out its run as part of the 2016 Festival.