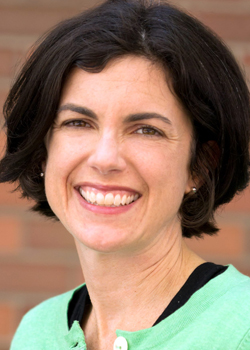 Erin has a BA in International Affairs from The George Washington University and an MA in Peace and Conflict Resolution from the Universidad del Salvador in Buenos Aires, Argentina where she was a member of the Rotary Peace Fellow inaugural class. Erin is the Director of Strategic Partnerships for the Every Woman Treaty and is dedicated to creating the opportunity for a life free from all forms of violence for every woman and girl, everywhere.

Erin co-founded the Rotarian Action Group for Peace and served as its Executive Director for three years, was on the Sao Paulo Peace Symposium Planning Committee, and served as the alumni representative on the Rotary Peace Centers Future Planning Committee 2016-18. Her diverse career also includes education program management with Mercy Corps, charitable giving for Federated Department Stores, coordination of political campaigns, and a half decade working in Latin America in both government and NGO positions. She was a Leadership Development in Interethnic Relations Fellow 2000-2001, Community Builder Fellow for the Department of Housing and Urban Development 1999-2000, and an Urban Community Development Volunteer for Peace Corps in Ecuador 1996-98.

She and her husband live in Portland Oregon with their two children. Erin founded the Rotarian Action Group for Peace with the hope it would serve as the nexus point for Rotarians, Peace Fellows and peace activists and organizations worldwide to meet, collaborate and build peace together.