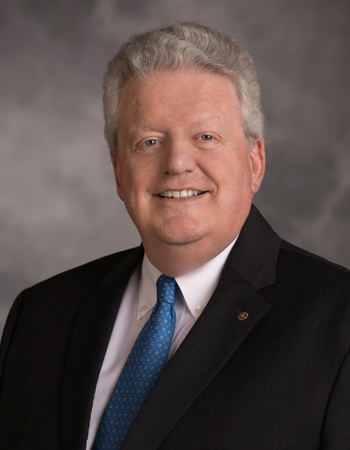 Mark’s wife, Gay, is an attorney at the same firm and a charter member and Past President of the Rotary Club of Decatur Daybreak, Alabama. Both Mark and Gay are Paul Harris Fellows, Benefactors, and Major Donors of The Rotary Foundation and members of its Bequest Society. They have two daughters, one goddaughter, and two grandsons.