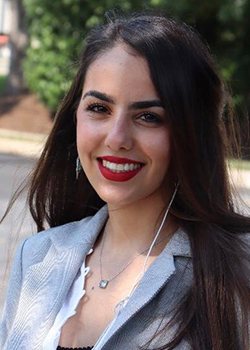 Marwa Odeh is a Palestinian-American, dual citizen, who grew up in Brooklyn until her family moved to Nabalus when she was 15. From her comfortable life in New York, she moved to a world where she had to regularly run from tear gas and rubber-bullets. When her mother was ten years old, she was shot in the leg for protecting her nine-year-old brother from arrest. When Marwa was 15, the story repeated itself, while she was protecting her ten-year-old brother (who was arrested and spent a month in prison). Today Marwa participates in and leads dialogue and reconciliation projects between Palestinians and Israelis – from Japan to Washington, D.C. She is a dedicated non-violence activist, who speaks out publicly for the peace and freedom of both peoples. She has declared: “My only weapon is my voice.”