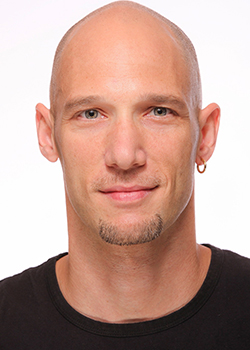 Michael is a former Israeli Infantry soldier, who came from a family of Infantry soldiers – both his father and brother served in the Infantry. When he was young, he was eager to join the army and saw both his father and brother as heroic for doing so. Michael served in the West Bank, Lebanon and Gaza. His experience making late-night arrests of Palestinian civilians shook him deeply, and upon leaving the military he refused to serve in the reserves. During his military service he came to realize that violence only perpetuates more violence, and has vowed to never again carry a gun.  He has since dedicated himself to breaking this vicious cycle, focusing on the tools of dance and music. Michael has actively supported Combatants for Peace since 2007 and was the first Israeli to run the NYC Marathon together with a Palestinian in order to raise awareness about the occupation and the need for joint nonviolent resistance.