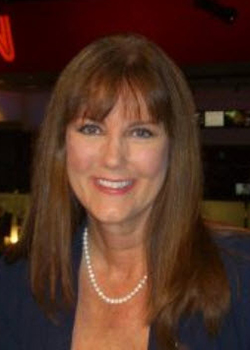 Nancy founded Airline Ambassadors International (AAI) to provide for orphans and vulnerable children in 1996 while working as a flight attendant for American Airlines. AAI is the only non-profit leveraging connections with the airline industry to facilitate humanitarian efforts, and is recognized by the US Congress and the United Nations.

Prompted by the sudden death of her father, Nancy left a career management track, returned to a position as a flight attendant, to begin a profound search for meaning. During extensive travel over the next seven years, she saw the glaring inequities between the developed and developing world, and potential for the travel industry to play a more fundamental role building sharing, understanding and goodwill between peoples and cultures. She founded Airline Ambassadors Intl (AAI) in 1996 to provide a way for individuals to match their unique skills and interests with actual world need.

Airline Ambassadors has hand-delivered over $60 million of aid to children in 54 countries in orphanages, clinics and remote communities, impacting over 500,000 children. Volunteers have escorted 3,000 children for life changing medical care. Since correctly identifying human trafficking on four flights in 2009, AAI developed the first “industry specific” training on human trafficking awareness that has been provided at 50 airports and other locations.

Nancy has a Masters Degree from Southern Methodist University and is married to contractor and environmentalist, Dave Rivard. She runs the Airline Ambassadors office from Arlington VA and retired in 2013 as an international flight attendant to run Airline Ambassadors full time.

Nancy was honored with the 1999 Woman of Peace Award, the 2000 Ambassador of Peace Award, in 2001 as a Rotary Paul Harris Fellow She received the National Caring Award, in 2004 the President’s Award for Lifetime Achievement in 2006. She received honors from the Governor of Mississippi and the Foreign Ministry of El Salvador in 2007, Boys Town in 2010, coordinated two Congressional Briefings in 2010 and testified to Foreign Relations Committee in 2011 and in 2014. She received the President’s Volunteer Service Award and Global Woman of the Year at the Academy of Television Arts and Sciences and the Ambassador of Peace Award at the London Travel Market in 2013 and recognized at IPTI in 2014 and the Human Rights Hero Award by the Foundation for a Slavery Free World in 2015 and Commendation from Congresswoman Lee in 2016 and 2017. Airline Ambassadors has been featured in 146 TV features, 394 print and 73 radio features since their inception. She signed a contract for her life rights for a future book and feature film on her life story.